Becoming Human Coming to the Tellybox 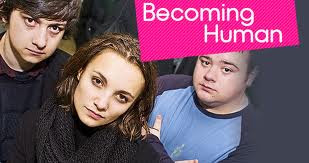 And lo! A child to Being Human was born! And the people saw that it was good, even though it doth have both fangs and fur. And they watched it online quite a bit.

And the Gods looked down from on high, well, BBC Television Centre, and they too saw that it was good. And they decided, this is good enough for the tellybox. Let's put it on. And so they did.

Well, they will. On Sunday 20th March.

And lo, I wrote a third of it, the bit in the middle.

Amen.
Posted by Jamie Mathieson at 3:29 PM No comments: